So after a very long break, its finally finished…..

I first bought the fabric for this dress back in 2014, having stalked it in the internet for several years trying to get hold of it. Its called ‘In the beginning Winter Solstice’ by Jason Yenter. I fell in love with it and thought it would make an amazing Lolita dress when I first saw it online, but when I got hold of it I found it harder than I expected to get nicely co-ordinating lace. I wanted to go for gold to pick up the metallic highlights in the print, but back a couple of years ago it was not as easy as it is now to find nice lace on the internet, & its ruinously expensive to buy it in shops. So I found the right lace mid 2015, got the dress cut out and was all ready to go with it for xmas, when I had a massive mental block and didn’t know what the hell to do with it, or how to design it to do what I wanted (I had this sort of image in my head of what I wanted it to be, but couldn’t work out how to make it a reality.)

So I left it for a year, got going again with it after Halloween 2016, knew exactly what I wanted to do, it was all coming together lovely, & then I got the evil flu of doom that has knocked out so many people and was ill for 6 weeks, so got zero sewing done.

So then I was just determined to get the damn thing finished. There was a Lolita meet up I was going to at the end of January it was perfect for, so worked my butt off, got it finished, am very happy with the way it turned out, & then typically a freight train derailed at lewisham station 3 days before the meet, the trains suddenly got very unreliable, and after a nightmare journey home from Charing Cross one evening which took 2 hrs, one of which I was standing on various overcrowded trains (the journey should take 20 minutes and one should get a seat even in rush hour) I really couldn’t risk my health for that happening again  on the day of the meet as the trains were still down.So stayed at home 😦

Then after that I just got fed up with it, its February now, snowdrops are starting to come out, and I really wasn’t feeling very Lolita or up for an xmas dress. So it waited till this week to get photographed… 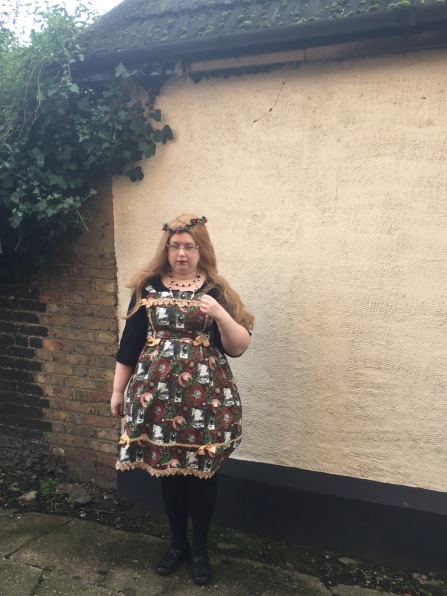 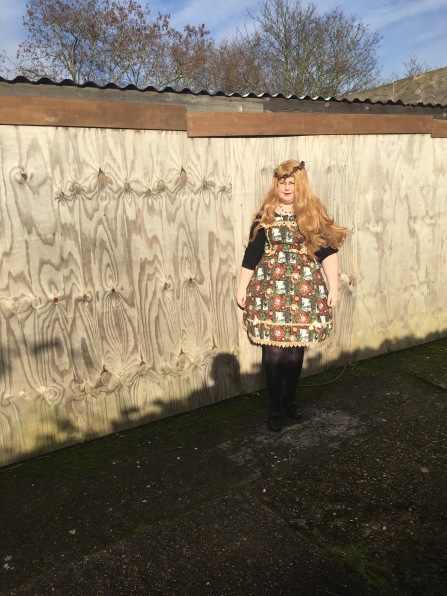 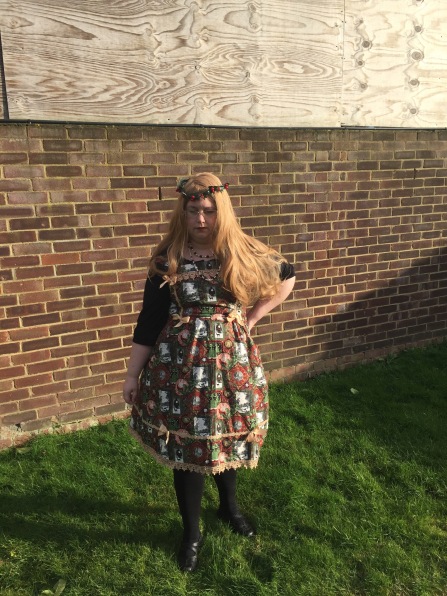 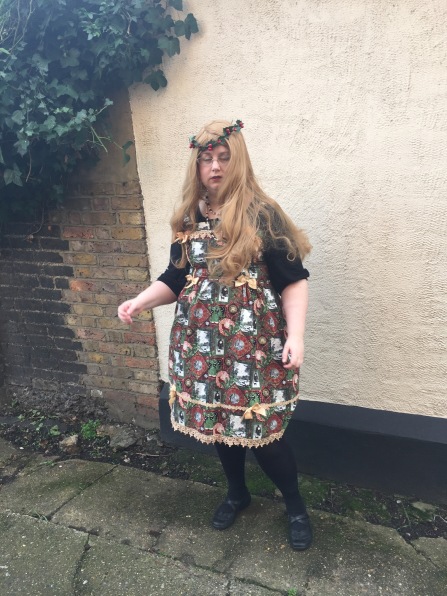 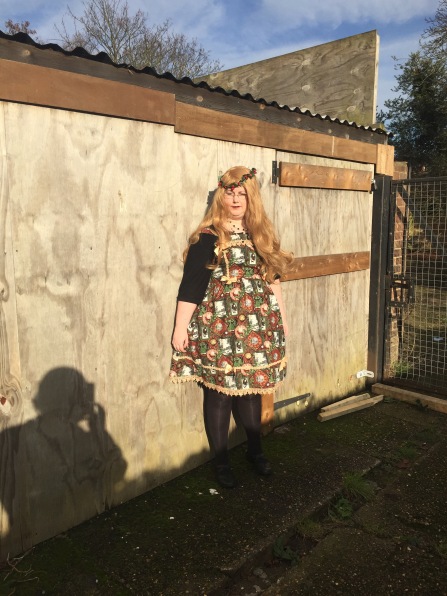 I’m reasonably happy with the dress, I’m just not excited by it, but I’m sure I’ll be in complete love with it again next Christmas. I’m not massively feeling it for my co-ordinate either, I wore a wig cuz my hair desperately needs to see a hairdresser to sort out the colour one way or the other, so wasn’t really suitable for Lolita,  I think I need to wear it with a higher necked blouse and I think I probably need wrist cuffs and a cape of some sort, as tbh it was bloody freezing taking those photos. But given this is a ‘totally not the right season, I’ve just got to get some damn pictures!’ attempt. I think for next Christmas it’ll turn out lovely.

Close up of the fabric and bows…. 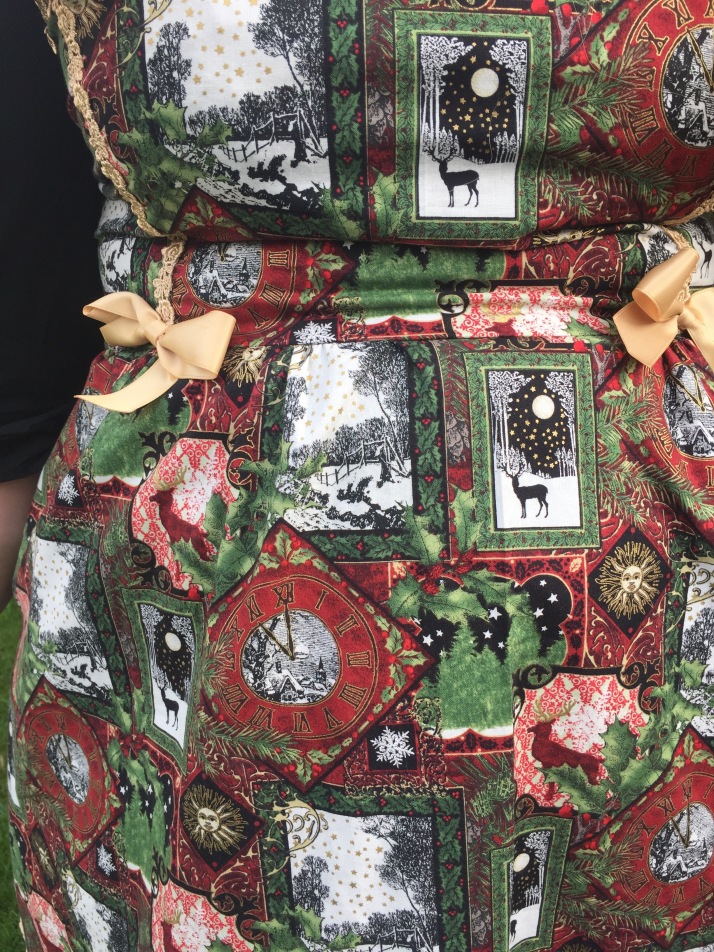 Anyway, now thats over I am 1/2 way through my pink velvet sweatshirt, so very relieved, was totally on schedule but haven’t been able to sew this week as I got another random germ. But as that seems to be going away, I’m sure I’ll have something to show very very soon.