So I failed miserably at my aim of blogging everything I’ve made this year. But thats possibly a good thing as the reason for that is I’ve been on some kind of creative roll for the last couple of months and have made loads more good stuff than I have in ages.

I wasn’t very good at blogging in 2017 – got rather distracted by the new and shiny that is Instagram, so I didn’t do an end of year round up, but as far as I can tell I only made 11 items of clothes. It was a difficult year though – we got married which even though we kept it small took up a lot more time and energy than I’d imagined, & the end of the year was plagued with the cold season from hell, and I spent literally 6 months between September 2017 and April this year pretty much constantly ill. – it was even so bad that we did Christmas on Boxing Day as Christmas Day was spent in bed feeling horrible.

So this year was off to a slow start as well as I struggled to have the energy to get anything done. The idea that this year would be a write off was compounded by the fact we tried to move house in June ( although we had a decent offer very quickly, we have been plagued by a buyers solicitor who seems intent on spinning things out for as long as humanly possible. We find out next week if it’s either going to happen in the next month or so or not at all – in which case we’re stuck here till after Brexit! 😢) which meant I had to put my sewing stuff away for two months while we showed people round and then had all the surveyors and the like over.

So I’m actually very proud to report that I made 12 dresses this year, plus one piece of knitwear, two quite substantial alterations, decorated one hat and did one piece of random embroidery. 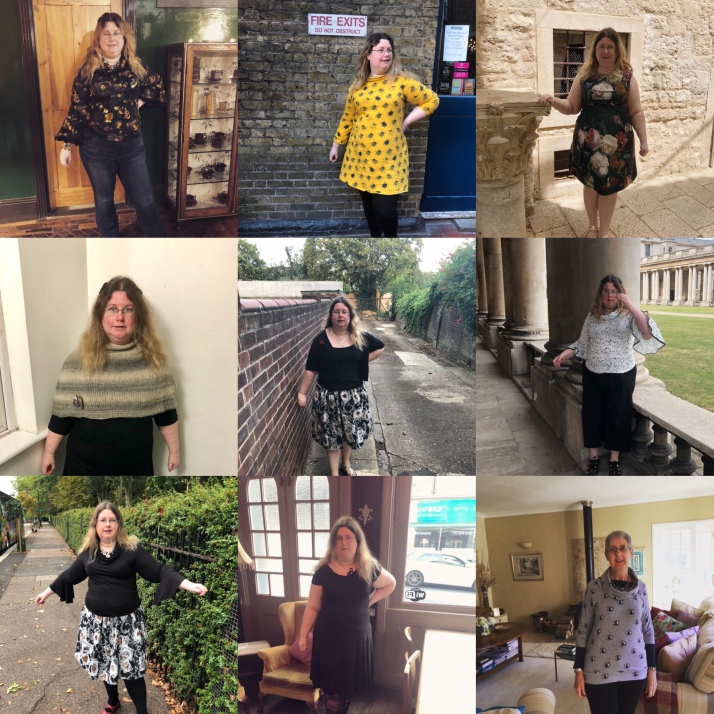 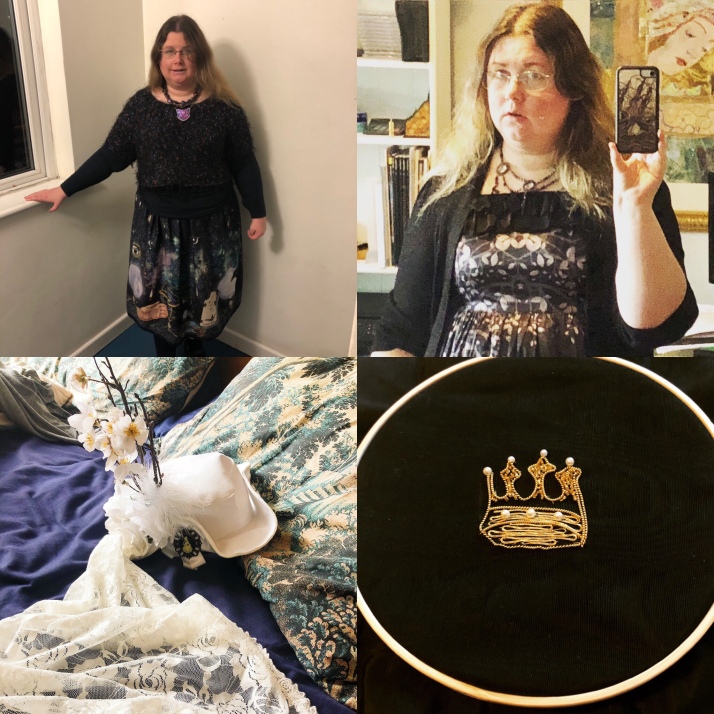 So we have in rough order I made them in…

My Rendbrandt top & My yellow bugs dress – neither of which got properly blogged but are included in the general round up here.

My grey shrug which I don’t think I got round to blogging.

My eye top that ended up with my mum

And then the stuff I haven’t managed to blog yet:

A leopard print dress, a replacement eye top that actually fits me this time, and a floral velvet maxi dress

My two alterations – a Violet Fane skirt and an infanta deer dress which I made bigger to fit me, & neither of which I have decent lolita photos of yet. I do intend to blog them at some point but I want better photos first.

A hat I adapted from a basic Fan plus Friend one and an embroidery I did at a lolita workshop.

So I’m quite proud of that considering how the first two thirds of the year was pretty much a write off and most of this stuff has been made in the last 4-5 months.

I’d love to take part in the Make nine challenge, where you plan out 9 projects you are definitely going to make this year, but as we have no idea if we’re moving or not till the solicitors all get back after new year – I currently feel like Shrodingers Laura – I have no idea what plans I’ll be able to make. If we are moving everything will have to go into store while the house is done up and it may be several months before I have a functional sewing room & I suspect the first few months will be spent sewing curtains. If we are not moving I can relax a bit and get on with some bigger projects.

However whatever happens I need to get better at blogging stuff next year.